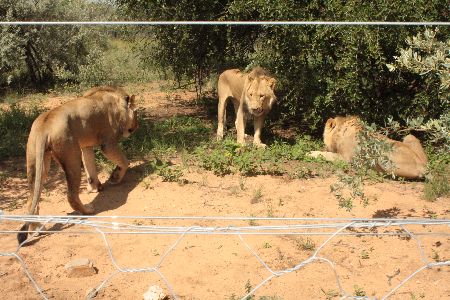 The Kunene Regional Conservancy Association (KRCA) will hold its Annual General Meeting (AGM) on 30 January.
This was confirmed to Nampa by the chairperson of the KRCA, Gustav Tjiundukamba in an interview on Thursday.
Officials from the Ministry of Environment and Tourism are expected to attend the KRCA meeting.
One of the issues on the discussion table relates to the availing of animals for conservancy quotas for trophy hunting, which supports the conservancies financially.
“We want to negotiate for more animals to be allocated for this purpose to conservancies, especially predators such as lions, leopards, hyenas and tigers, as well as elephants and crocodiles,” Tjiundukamba told Nampa.
Conservancies, according to the chairperson, have been depending on trophy hunting throughout the years, with hunters killing one lion or one elephant per year.
“As I am talking to you now, the number of predators, elephants and crocodiles in Kunene has increased and this has translated into more cases of human wildlife conflict,” he explained.
Communal farmers in the Torra Constituency in Kunene late last year lost over 200 small livestock to a pride of lions while another farmer also lost cows to crocodiles in the Kunene River at Epupa in the Epupa Constituency.
Elephants are continuously destroying crops in the region, Tjiundukamba added.
The KRCA is suggesting that at least three lions per year be made available for trophy hunting with at least 10 elephants, instead of the six that are granted for trophy hunting per year.
The meeting will also discuss the plausibility of predators such as tigers, leopards and hyenas being made available for trophy hunting to control their population and minimise human wildlife conflict.
(NAMPA)