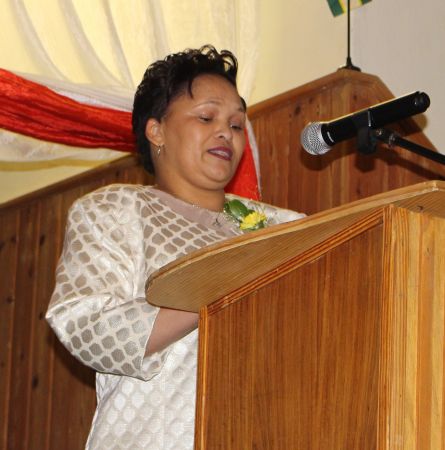 An amount of N.dollars 364 800 was pledged towards the Mayor’s Trust Fund during a gala dinner here on Friday, organised by the Keetmanshoop Municipality to launch the initiative and raise funds.
Over 100 people attended the event and patron of the trust, Founding President Sam Nujoma was the first to pledge N.dollars 5 000 on behalf of his family.
The fund’s chairperson, Nicoletta Kamahene said the purpose of the trust is to assist vulnerable members of the community such as the elderly, people living with HIV/AIDS, school-going orphans and unemployed single mothers with minor children.
Kamahene said the trust will also provide for the annual mayoral Christmas dinner for the elderly.
“It will provide for any purpose within the general objects of the trust as the trustees in their sole direction may deem fit,” she added.
The trust consists of five trustees who will oversee it, take accountability and make sure the purpose of the trust fund is fulfilled.
Keetmanshoop Mayor, Gaudentia Krohne extended a word of gratitude to those who pledged towards the trust and bought seats at the dinner.
However, she was dissatisfied by many businesses in the //Kharas Region that promised to support the trust but did not show up at the gala dinner and also did not acknowledge that they received invitations.
“Many of them promised to support the trust at its official launch, but are evidently not present here tonight. It is known that the region is very rich but with many poor people,” she said.
Krohne noted that with the able team of trustees drawn from the community, she is certain that they will make strides in easing life for vulnerable members of society.
The pledges were made by a few large businesses, small and medium enterprises, government agencies and individuals.
(NAMPA)