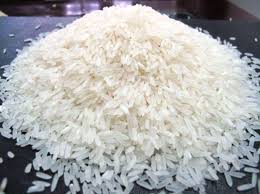 The Otjozondjupa Regional Council (ORC) has strongly condemned the police’s decision to confiscate 33 bags of rice meant for its feeding programme at Grootfontein last Thursday.
ORC Chairperson, Julius Neumbo on Wednesday issued a media statement saying for the Namibian Police Force (NamPol) to confiscate the rice on the grounds of corruption without verifying the matter with the regional council was wrong, unlawful and unprofessional.
Neumbo said the distribution of the rice is part of a programme under the ORC being conducted on its instruction in all seven constituencies of the region.
He said the exercise is not meant for drought relief but rather to assist impoverished people identified by members of distribution committees appointed by the constituency offices.
The chairperson said the regional council has official papers listing beneficiaries who were set to receive the 10 kilogramme bags of rice.
He gave his assurance that there is nothing untoward about the distribution as the committee members were merely executing their tasks.
Neumbo went on to say the rice was not confiscated at people’s houses as alleged, but rather at a community distribution centre in Grootfontein’s Kahenge informal settlement.
“I condemn the police’s actions in the strongest terms… as it is baseless, biased and seems to be fuelled by political motives,” he said.
Newly elected Swapo-Party district coordinator for Grootfontein John Haimbodi, who reported the matter to the police, told Nampa in an interview on Wednesday he did so after he received a phone call from a community member who was aggrieved with the distribution process, claiming discrimination.
On her part, Grootfontein Station Police Commander, Chief Inspector Esther Mainga who instructed the seizure of the bags on Wednesday, said her office will return the rice.
“There is no case open with us, therefore the rice will be taken back to where we obtained it or to the warehouse. I have already signed a release order,” said Mainga.
The rice was donated by the Government of the Republic of China this year through the Office of the Prime Minister for impoverished members of the community.
More than 5 400, 50kg bags of white rice are also expected to arrive in the country as a donation from India.
The rice distribution programme, which was set for completion on Friday, has now been halted until January 2018.
(NAMPA)