David Luiz: Arsenal defender says he left Chelsea because of his 'ambition'

David Luiz said he left Chelsea to join Arsenal because of his "ambition" and to experience a "new challenge".

The 32-year-old centre-half made his Gunners debut in Saturday's 2-1 Premier League home win over Burnley after his move on transfer deadline day.

Chelsea, who beat Arsenal in the Europa League final, came third in the league last season with Arsenal fifth.

"I am a guy with ambition and that is why I moved. I like a new a challenge and new things in my life," said Luiz. 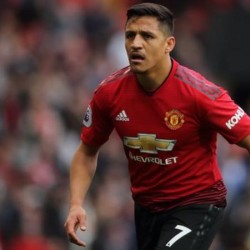 Inter Milan expect to find out by Wednesday if they have a chance of signing Manchester United forward Alexis Sanchez on loan.

The Serie A club have already signed striker Romelu Lukaku from United and are now targeting the Chile international.

Sanchez, 30, was not named in United's squad to face Wolves on Monday.

Inter are understood to be putting together a deal to present to United on Tuesday or Wednesday. 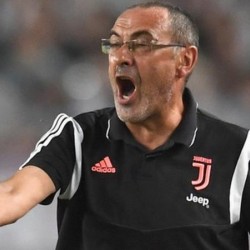 Former Chelsea boss Maurizio Sarri is being treated for pneumonia.

The 60-year-old Juventus coach spent Monday morning at the Italian club, having missed a weekend friendly against Triestina, because of what was initially thought to flu.

Juventus visit Parma for their opening Serie A match on Saturday and it is not clear if Sarri will be in charge. 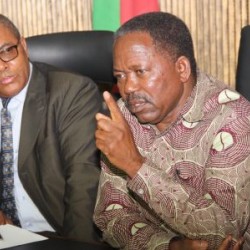 Minister of Home Affairs and Immigration, Frans Kapofi, on Monday said the ministrys employees should protect their integrity and that of their families by refraining from corrupt practices in order for them 'to work with a clear conscious'.
Kapofi made these remarks on Monday during the opening ceremony of the KHAEDU Project in the capital, which is expected to run until 23 August. The Namibia Nurses Union (NANU) on Sunday condemned the suspension of the national health training centres under the Ministry of Health and Social Services where enrolled nurses, pharmacist assistants and environmental health practitioners have been training.
In a media statement issued by NANU Kunene regional coordinator Junias Shilunga, NANU labelled the decision by the government to close down the training centres as reckless.

The Namibian Police Force in the Kavango East Region on Friday arrested a 36-year-old man with cannabis at the Presidential Town Hall meeting at the Rundu Conventional Centre.
NamPol Deputy Commissioner, Vilho Kalwenya, who is in charge of the operations department in the region, confirmed this on Sunday.
Kalwenya said the suspect, believed to be the representative of the Rastafarians United Front, was arrested at the security entrance of the venue during a screening where he was found with a small parcel of cannabis. 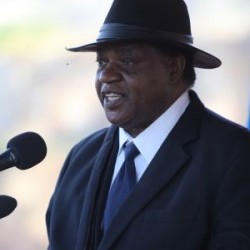 Minster of Land Reform Utoni Nujoma says his ministry has identified 40 illegal fences in the Kavango West Region.
Nujoma said this during the Town Hall meeting here, where President Hage Geingob met with the residents of the region on Thursday to give feedback on State issues.
The minister said the Land Board has worked hard to issue orders for the removal of these fences.
Some of these orders have been opposed and is a matter before the Lands Tribunal, he explained.