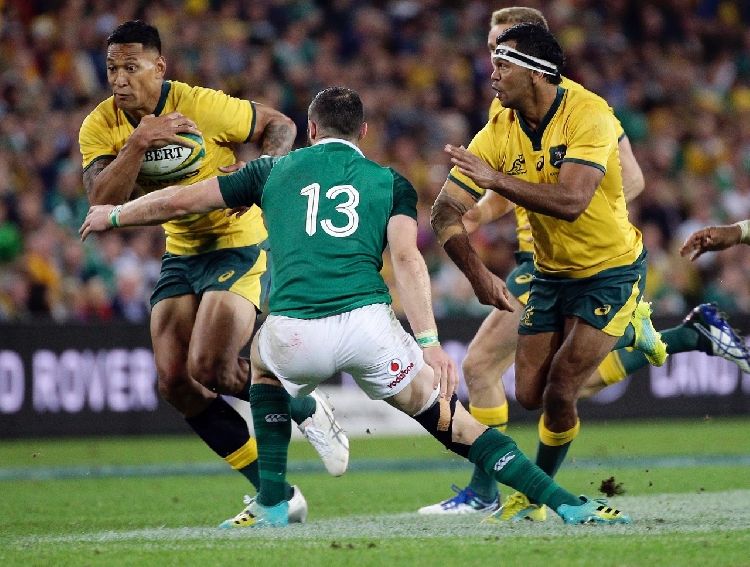 WELLINGTON - Australia coach Michael Cheika has acknowledged fans have a right to be angry after yet another Bledisloe Cup disappointment, but insisted he is still the right man to lead the Wallabies.

Australia are on the verge of handing the All Blacks a 16th straight Bledisloe series victory after a second-half capitulation saw them lose 38-13 in the opening fixture in Sydney last weekend.

Cheika said he felt the loss, which has led to calls for his sacking, as deeply as any fan.

"I'll tell you now, there's no one hurting more than me, than when I walk down the tunnel and I see my two kids there crying," he told Australian media in remarks published Wednesday.

"I'm certainly not thinking we don't merit a negative response -- of course we do."

Cheika said his team "had to take a lot of bullets" from critics as they build depth for the 2019 Rugby World Cup but they were working towards more consistent performances.

The coach, who guided the Wallabies to the 2015 World Cup final soon after his appointment, was confident his long-term plan for the team remained on track.

"I've always had a plan about what I want to do. Sometimes you get bumps that take you a different course, you lose players, different things happen along the way and you've got to be able to adjust to that," he said.

"But when you know exactly where you're headed, it makes it a little easier to deal with those things because you can stay on track."

Cheika also refused to write off the Bledisloe for another year, saying Australia were capable of snatching their first win at Eden Park in Auckland since 1986 to level the three-match series on Saturday.

"I'd like to think I'm someone who can hold my nerve in these situations, keep the team confident and believe we can go out there this weekend and win.

"I know that you guys (media) don't think that, but I think we can."

All Blacks assistant coach Ian Foster said Australia were "a smart rugby team" with a proven capacity to rebound from defeats.

And he said Eden Park's intimidation factor would count for nothing if the All Blacks did not lift their game in anticipation of a more intense performance from the Wallabies.

"We know we're going to be playing a wounded beast," he told allblacks.com.