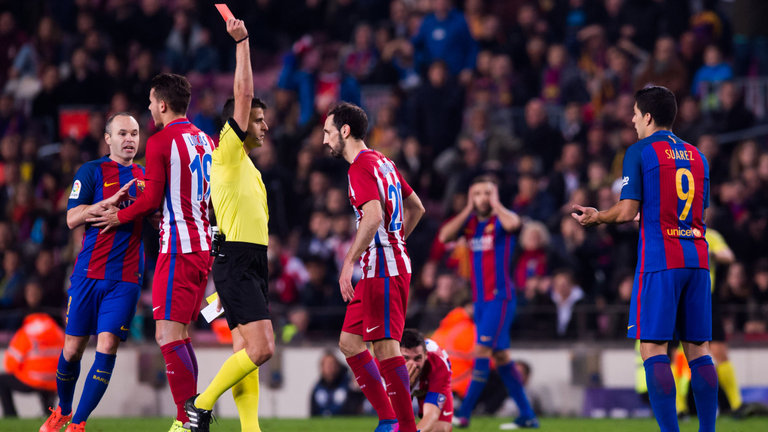 Barcelona forward Luis Suarez helped Barcelona through to the Copa del Rey final
Barcelona have made the final of the Copa del Rey after beating Atletico Madrid 3-2 on aggregate following a thrilling semi-final, second leg at the Nou Camp on Tuesday evening.

The game saw three red cards, two goals, one missed penalty as well as two disallowed goals, but with a 1-1 draw on the night, it was the current holders of the trophy who made the final on May 27.

Luis Suarez gave Barcelona the lead with two minutes of the first half to play, with the hosts going down to 10 men 12 minutes after the restart with a second yellow card for Sergi Roberto before Yannick Ferreira Carrasco followed suit not long after.