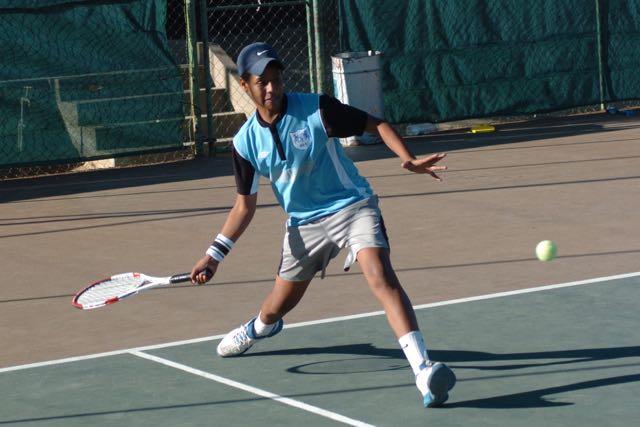 THE first Sanlam Namibia Tennis Association (NTA) junior tournament of the year took place at various venues in Windhoek last weekend.
The tournament saw a healthy turnout with a total of 56 players participating from u8 to u18 age group categories, while some of the players travelled from as far afield as Otjiwarongo and Walvis Bay.

Gawanab and Tait then teamed up to easily win the doubles title after beating Donovan Peters and Thadrin Thyus in the final.

Bronwyn Kavarure won the Girls u18 singles title after beating Misha Joas in the final, while Kavarure and Megan Lombardt beat Tuna Nkandi and Simone Scherer in the doubles final.

Megan Lombardt was a comfortable winner in the Girls u16 category, after winning all her matches during the group stage before beating Tuna Nkandi in the final.

Luca Monteforte won the Boys u16 category after a comfortable 6-1, 6-0 victory against Raul Singh Uiras in the final.