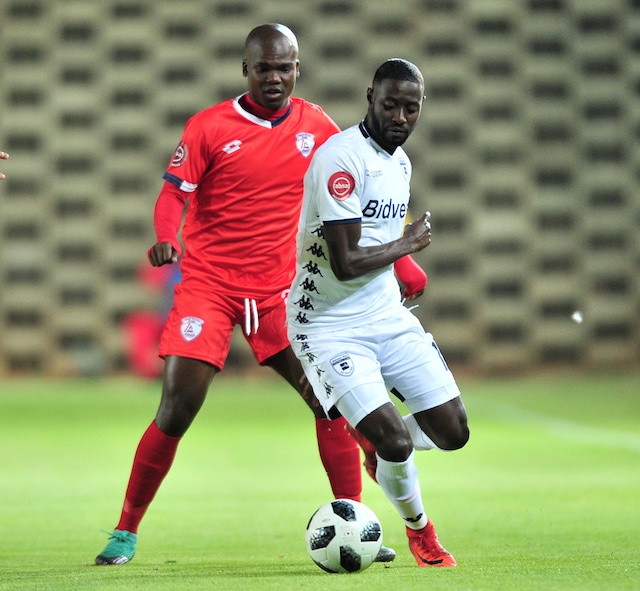 DEON Hotto says the Brave Warriors will not disappoint against Zambia in their crucial Africa Cup of Nations 2019 qualifier at the Sam Nujoma Stadium on Saturday.

The exciting midfielder (26) is keen to replicate his fine club form, for Bidvest Wits in neighbouring South Africa, at international level, and help keep alive the Brave Warriors qualification hopes.

Hotto has made a scorching start to the season for his new employers, scoring two goals and providing three assists in five games.

Fans can expect more of the same on Saturday, he said.

“I will score,” a confident Hotto told The Namibian Sport on Wednesday. A 2-0 scoreline would be nice, he added.

“The attitude [in the team] is great. We are positive. The spirit is very high, and we are looking forward to getting three points from this game. We know it's going to be a very tough game. For us, it's about playing our game and trying to get the result,” he continued.

While they respect the 2012 Afcon winners, there is absolutely no fear for the star-studded visiting Chipolopolo, who arrive in Windhoek tomorrow, Hotto said.

“We are going to play against players who are on a much higher level than us. As long as we focus on our game plan, everything will go well."

It will be the third meeting between the neighbours this year, having drawn 1-1 at the African Nations Championships in Morocco, and Zambia edging their Cosafa Cup quarter-final opponents 4-3 following a goalless stalemate in South Africa.

Saturday's encounter is not a grudge match, Hotto maintains. Instead, it presents an opportunity for both sides to get their campaigns back on track following 1-0 defeats to Guinea-Bissau and Mozambique in their Group K openers.

“We won't go in there taking it as a revenge match. We'll stick to what we've been training for, and look to get the points.

“It's our dream to take the nation back to the Africa Cup of Nations. We also want to be in the history books,” said Hotto, who hopes to see the stadium at full capacity.

“I'd like for the fans to come out in numbers to paint the Sam Nujoma Stadium red. They have to make the 12th man. Without them, it will be tough. We won't disappoint them,” he promised.

Meanwhile, on life in the South African Premiership, the former Bloemfontein Celtic player attributes his terrific start at Wits to a solid pre-season, hard work and freedom of expression afforded to the players by head coach Gavin Hunt.

“He's crazy. He likes to win and is passionate, which is something that the players like about him,” Hotto says about Hunt.

“Coming to Wits, I knew it was going to be a big challenge. But I knew it was the right step that I needed to take in my career. I wanted to compare myself with the big boys at Wits, who play at a higher level than the guys I've played with before.

That's the step I wanted to take, and I'm doing well; just need to work hard and keep it going."

The African Stars alumni's scorching pile-driver and a man-of-the-match performance during the 3-0 win over glamour club Kaizer Chiefs has so far punctuated Hotto's season.

“I didn't plan it. I saw the space, and that Khune [Kaizer Chiefs keeper Itumeleng] was a bit off his line, so I took my chance, and it went in,” he recalled fondly with a wide grin.