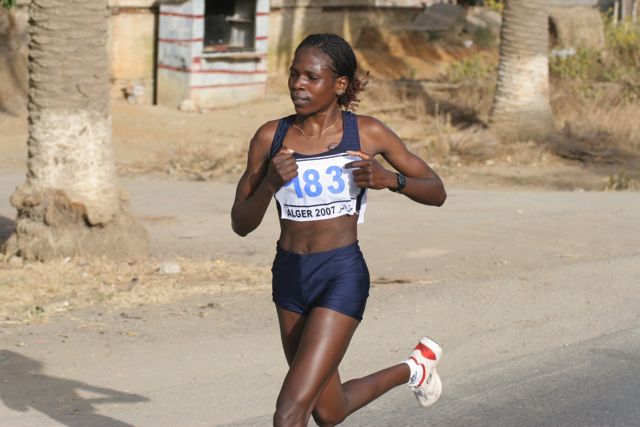 A NEW national marathon champion was crowned on Saturday when Paulus Iiyambo of the Namibian Defence Force (NDF) won the Rössing Marathon National Championship in a time of 2 hours 19 minutes and 30 seconds.
Sponsored by Rio Tinto Rössing Uranium and hosted by Swakop Striders Athletics Club the event took place in overcast, windless conditions, starting and finishing at a new venue – the Vineta North sports fields in Swakopmund.

After his win, a confident Iiyambo said: “I've been participating here for a number of years, so by now I'm almost used to the Rössing Marathon. My race was relaxed and the conditions were great.”

The defending champion, Reonard Namupala came second just over three minutes behind in 2:22:31, while Simon Shipingana came third in 2:23:17.

In the Women's Marathon, Namibia's Olympic star and NDF competitor, Helalia Johannes, came back onto the victory scene with an impressive win over many younger competitors. She won in 2:45:20 and still looked full of running after her victory.