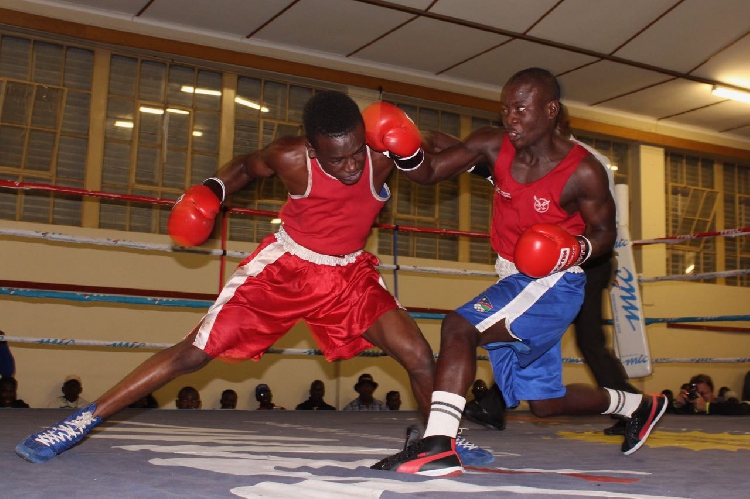 THE Khomas region maintained their dominance of the MTC Sunshine Cup during an action packed three-day amateur development boxing tournament in Otjiwarongo.
Inspired by the presence of unified light-welterweight world champion Julius Indongo, who holds the IBF, IBO and WBA titles, Namibia's next generation of aspiring world-beaters put on a spectacle for the appreciative audience inside the Swanevelder Community Hall from Thursday to Saturday.

“The tournament was once again a huge success. The turnout was much more than we expected. It shows people really love boxing in this country,” said Khomas Boxing Federation chairman Jason 'Taks' Naule whose region have won each edition of the annual tournament since its inception in 2014.

However, despite their star backroom staff, Erongo finished fourth, one place above hosts Otjozondjupa.

“These boys were eager to show the hard work they put in to prepare and that there is lots of talent in Namibia that just needs to be groomed,” Naule continued.

Other standout performers were Gerry du Toit, who combined power and poise to score a second round knockout over Nghiyangenu Gotlieb in the highlight of the junior final contests, and Abed Shikongo, who also won with an impressive KO over Faroku Kakokolo.

“The competition and quality was high. You can see that from the close scores in most of the fights,” said Naule, a former continental champion.

Female trainer Saima Amesho from Oshana won the best coach prize, while the best official was Trecia Shivolo from Khomas.

“We are trying to encourage females and more young people to get involved in all aspects of boxing. Not all of us can be boxers but we can fill other important positions in the industry,” Naule noted.

Other highlights included Lionel Messi making an appearance in the form of eight-year-old Mateus Kalingodi, who wore a vest with the Argentine football superstar's name handwritten with a marker on his top.

Unfortunately, while he wasn't short on skill, he lost out to a more determined Nyanyukweni Nekundi for gold.

A boxer named Mosquito, whose unusual name and languid boxing style made him a crowd favourite, came up short in the final, but showed enough craft and persistence to cause havoc in future.