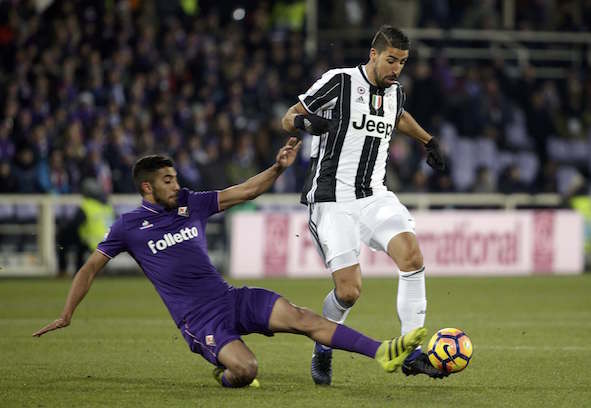 MILAN - Highly-rated Serbian Sergej Milinkovic-Savic has pledged his faith in Lazio as they prepare to host Napoli Sunday in a Serie A clash crucial to their chances of an unlikely Champions League spot.
A string of fine performances for Simone Inzaghi's men has sparked interest in the powerfully-built Lazio front man from several top clubs.

But Milinkovic-Savic's agent, Mateja Kezman, said the Serbia under-21 star, with three years remaining on his contract, is fully focused on Lazio.

"He's doing well, so it's only normal that certain clubs are interested," Kezman, who played for Chelsea, Atletico Madrid and Paris Saint-Germain, told Tuttomercatoweb.com.

"But I have experience of this kind of situation, and the lad has a good head on his shoulders."

Spanish-born Milinkovic-Savic has hit four league goals from a series of mainly substitute appearances to help Lazio up to fourth, at four points behind Napoli in third and 14 off leaders Juventus.

More remarkably, he struck once in both legs of the Italian Cup semi-final to help Lazio secure a final spot alongside Juventus with a 4-3 aggregate win over city rivals Roma in midweek.

Although Kezman claims Lazio have little cause for concern, the former Serbia international hinted he could soon be haggling for a new, improved deal for Milinkovic-Savic.

"Having played with a lot of clubs, I have a lot of contacts and people have been calling me asking for information," Kezman added.

"He is focused only on Lazio. He wants to win the Cup and help them into the Champions League. But soon, we'll sit down with the club to discuss what is best for the player and for the club."

After beating Roma, Lazio now face the far bigger challenge of Juventus in the Italian Cup final in Rome on June 2 if they are to lift their first trophy since their 2013 Cup triumph.

Yet the prospect of a top-three finish and the chance to qualify for the Champions League means Sunday's clash, against a Napoli side still hurting from their midweek Cup exit to Juventus, is doubly crucial for Lazio.

Although Napoli won 3-2 on the night thanks to goals from Marek Hamsik, Dries Mertens and Lorenzo Insigne, a defiant brace from former striker Gonzalo Higuain silenced the San Paolo and sent Napoli packing 5-4 on aggregate.

Higuain stuck the knife in by claiming film-producing Napoli owner Aurelio De Laurentiis still owes him 600 000 euros in image rights from his spell at the club.