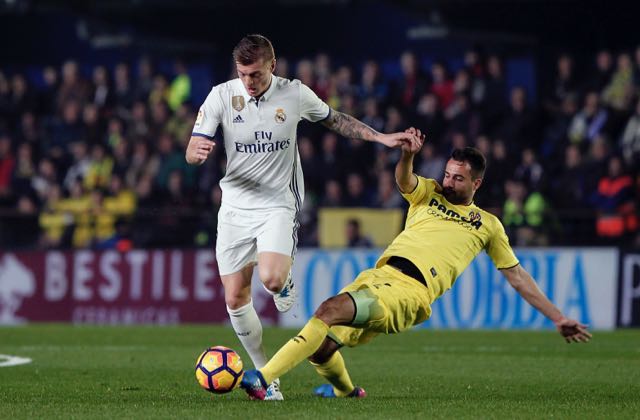 MADRID - Gareth Bale and Cristiano Ronaldo hauled Real Madrid back from 2-0 down to win 3-2 at Villarreal on Sunday and regain top spot in La Liga from Barcelona.
Earlier, Barca had momentarily usurped Real thanks to Lionel Messi's winner four minutes from time in a 2-1 victory at Atletico Madrid.

Real lead Barca by a point, but also have a game in hand on their title rivals.

"We showed character to turn the game around," said Real boss Zinedine Zidane.

"With everything that happened today it was vitally important to get the three points."

Bale was recalled to the starting line-up for the first time in three months after a long-term injury layoff and Real's shock 2-1 defeat to Valencia in midweek.

And the European champions looked set for a second straight defeat as Villarreal struck twice early in the second half.