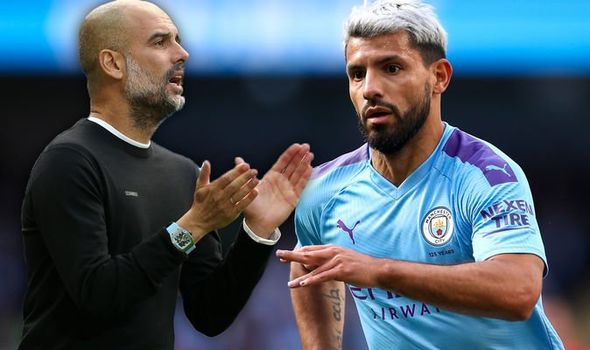 Manchester City boss Pep Guardiola said he would "have to accept it" after a VAR decision overruled what looked to have been a late winner over Tottenham.

City were celebrating after Gabriel Jesus appeared to have scored in injury time, but the goal was ruled out because the ball had brushed Aymeric Laporte's arm in the build-up.

"We have to accept it," said Guardiola after the game ended 2-2.

"It's tough because we scored a goal late on. But ask VAR people, not me."

Raheem Sterling had headed dominant City ahead in the first half, but Erik Lamela immediately equalised against the run of play with a strike from distance.

It was a frustrating result for City in their first home game of the season, particularly after beginning their title defence with a 5-0 win at West Ham last weekend.

It is the first time they have dropped points at home since losing to Crystal Palace on 22 December last year.