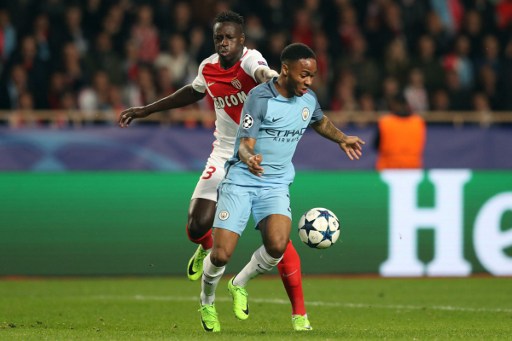 MONACO - Tiemoue Bakayoko's superb header fired Monaco into the Champions League quarter-finals as Wednesday's 3-1 victory condemned Pep Guardiola's Manchester City to a painful exit on away goals.
Trailing 5-3 from the first leg in England, teenage starlet Kylian Mbappe put Monaco ahead on the night after just eight minutes at the Stade Louis II and Brazilian midfielder Fabinho converted the home side's second just before the half hour.

"We played an exceptional second half, but the first one we forgot to be there," Guardiola told BT Sport.

"In the second half we were much, much better but it was not enough. It happens and we'll learn, we have a team with not a lot of experience in this competition."

Monaco hero Bakayoko will miss the first leg of the quarter-final through suspension but was delighted to advance.

"It's an immense joy to score in the Champions League. I didn't expect this," he said.

"Over two games we deserved to qualify. Now we want to keep going."