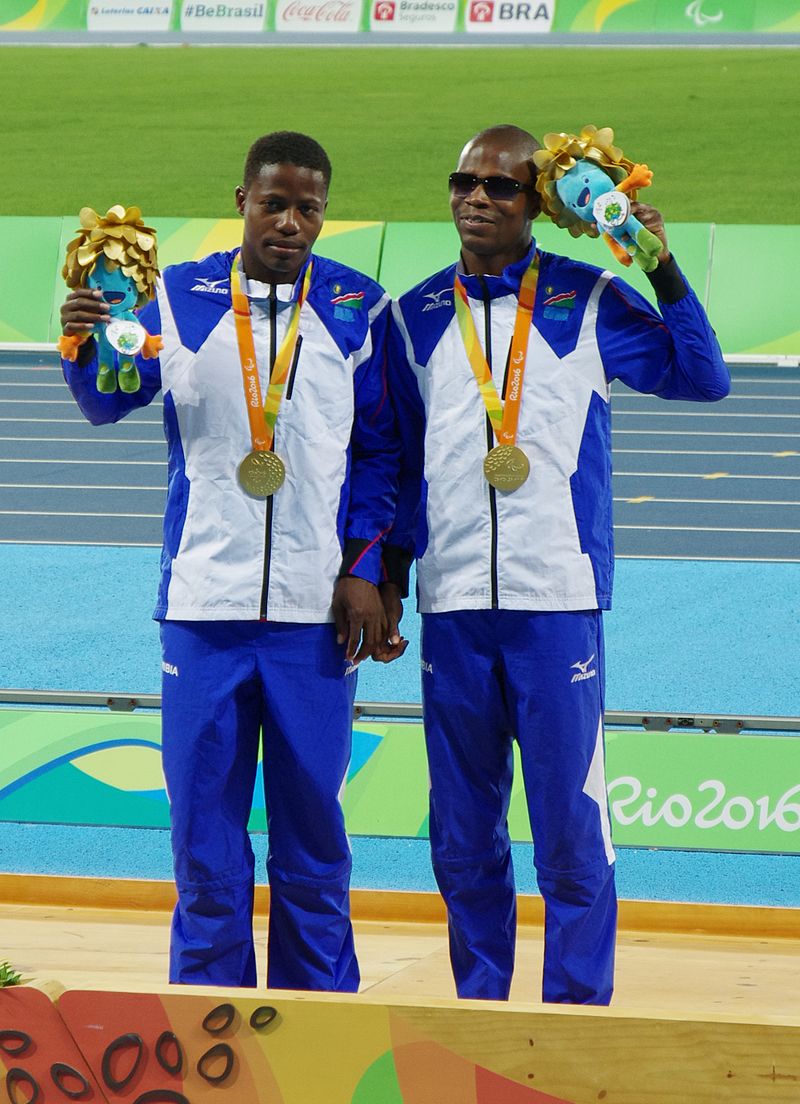 Namibia?s 2016 Paralympic Games gold medallist Ananias Shikongo is leading a strong team of four athletes to London to represent the country at the 2017 International Paralympic Committee (IPC) World Athletics Championships.
The team departed for London on Tuesday for the competition scheduled to take place from 14 to 25 July.
The IPC Athletics World Championships sees athletes with physical disabilities and in a few events, with intellectual disabilities, compete. Originally it was organised every four years, but this changed in 2011 and it is now organised every two years.
The team?s official send-off was held in the capital on Tuesday, with Namibia Sports Commission Chief Administrator Freddy Mwiya; Deputy Director of Marginalised People and Women in Sport in the Ministry of Sport, Youth and National Service, Jo-Ann Manuel; First National Bank?s Corporate Social Investment Manager Revonia Kahivere and Namibia National Paralympic Committee Secretary General Michael Hamukwaya in attendance.
Mwiya urged the athletes to work hard and make the country proud, saying they have repeatedly proven that Namibia is a force to reckon with when it comes to disability sports in Africa and elsewhere.
?With your performance in recent times, you have inspired the nation and especially athletes with disabilities who are still struggling to come up in the ranks,? he said.
The athletes representing Namibia are Ananias Shikongo; Johannes Nambala; and Lahja Ishitile, who will compete in track events.
The guides are Even Tjiuju and Sydney Kamuaruuma.
Eino Mushila who competes in 200 metre (m) and 100m will join the team before Friday. He was not allowed to fly from Hosea Kutako International Airport because of a damaged passport.