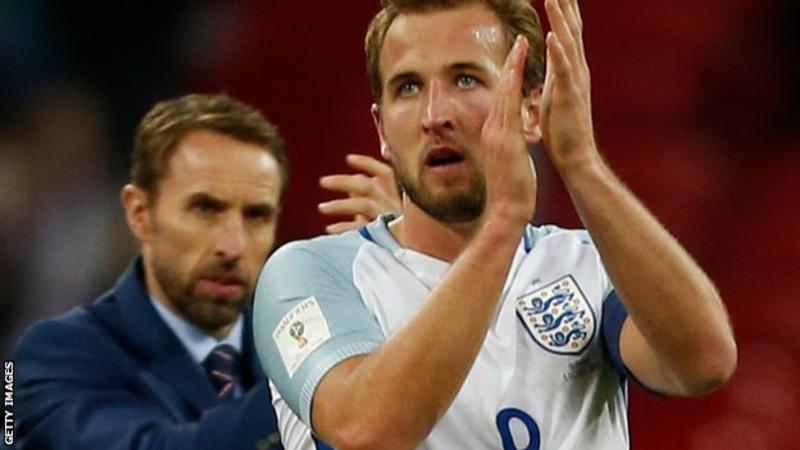 Harry Kane
Kane has captained England four times previously
New England captain Harry Kane says the team can win the World Cup in Russia and "anything else is not good enough".

Striker Kane, 24, was informed about being made skipper by manager Gareth Southgate a few weeks ago and it was officially confirmed on Tuesday.

Kane scored 41 goals in all competitions last season as Tottenham finished third in the Premier League.

"It's impossible not to dream about lifting the World Cup. It's the biggest competition in the world," said Kane.

"I believe we can win it - anyone can. I cannot sit here and say we are not going to win it because we could do.

"It is my mindset and I want to win at everything I do. The players in the team want to as well. It is worth fighting for. I am sure we have all had dreams of lifting it and it is an opportunity for us.

"We are not favourites but you look at this season, no-one would have thought Liverpool getting to the Champions League final. You look at Manchester United back in the Sir Alex Ferguson days, they had a young team and dominated the Premier League for years to come.

"Being young is not an excuse - it could be a good thing. I believe we can and that is what we want to try and do. Anything else is not good enough."

England head to Russia on 12 June and face Tunisia in their opening game on 18 June, followed by matches against Panama and Belgium