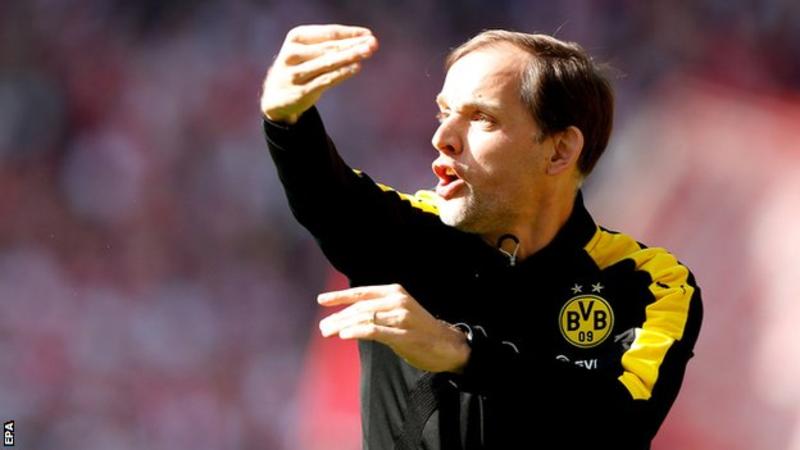 Tuchel, who has been out of work since leaving Bundesliga side Borussia Dortmund in May 2017, has signed a two-year contract with the French club.

The 44-year-old spent two years in charge at Dortmund after succeeding Liverpool manager Jurgen Klopp in 2015.

Tuchel replaces Unai Emery, who led PSG to the domestic treble in France this season but did not have his two-year contract extended.

Listen to the latest Euro Leagues Football Show podcast
"It is with great joy, pride and ambition that I join this great world football club that is Paris St-Germain," said Tuchel.

"I look forward to working with all these great players, all of whom are among the best on the planet. With my staff, we will do everything to help the team push their limits to the highest international level.

"There is extraordinary potential in Paris and this is the most exciting challenge that has come to me. I am also looking forward to discovering Parc des Princes, a legendary European football stadium with a fantastic atmosphere."

PSG president Nasser Al-Khelaifi said: "Thomas is one of the most competitive European coaches to have emerged at the highest level in recent years.

"His ambitious personality, his assertive taste for forward-moving play and his strength of character are part of the style we have always heard at Paris St-Germain."