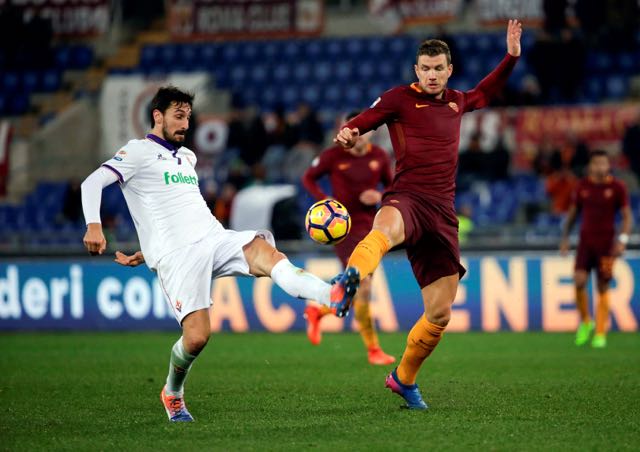 MILAN - On-loan Arsenal goalkeeper Wojciech Szczesny has yet to decide his future but has no doubts about Roma's approach when they face Napoli looking to stay in Serie A title contention Saturday.
"They will fight for the win and openly challenge us," Szczesny said. "But these are games when mentality makes the difference. I like to think that we don't have to envy our rivals."

In what is Francesco Totti's 25th and final season with the capital club, Roma are enjoying yet another tilt at the title Juventus, away to midtable Udinese on Sunday, have won the past five seasons.

Szczesny does not expect coach Luciano Spalletti to panic for a potent Napoli side still reeling from a shock 2-0 home defeat to 10-man Atalanta which virtually ended their hopes of challenging Juventus for the title.

Speaking to Sky Sport Italia, he added: "It's easy to say after a defeat that we have to change things, but our results and performances have been positive for the past few months. There's no point rushing to conclusions," said the Polish 'keeper.

"My future is the game against Napoli. That's the way it should be, focusing on what we do on the pitch. When the moment comes, you will all know my future."

Doubts over the future of Napoli coach Maurizio Sarri have also emerged following a recent spat with owner and president Aurelio De Laurentiis.

That has been compounded by negative results in yet another bleak month of February which saw defeats to Real Madrid in the Champions League, Atalanta in the league and Juventus in the Cup on Tuesday.

Napoli endured a similar dip in February 2016 with Europa League elimination to Villarreal, a league loss to Juventus and two draws with AC Milan and Fiorentina.

Defeat to Atalanta last week left Napoli 12 points adrift of Juve, virtually ending their chances of challenging for a title they last won in 1990.

Sarri is expected to assemble his strongest possible side and that means Dries Mertens, who has hit three hat-tricks while deputising for Arkadiusz Milik during a four-month injury absence, could get the nod over the now-fit Pole.

Juventus will be without injured midfielder Stefano Sturaro for the trip to Udinese due to an ongoing stomach muscle problem.

But with Gonzalo Higuain, Paulo Dybala and Mario Mandzukic all fit, Massimiliano Allegri's men should have little trouble prevailing against a Udinese side who suffered a 4-0 loss in the corresponding fixture last year.

High-flying Atalanta, only three points behind Napoli in fourth and sitting ahead of Lazio, Inter and AC Milan, welcome Fiorentina looking to keep fans dreaming of Champions League football for yet another week.

Lazio, one point behind Atalanta, will look to build on their impressive display against Roma away to Bologna, who have suffered two defeats and a draw since their 7-1 home rout by Napoli last month.

Inter, now 18 points off the lead, are also six behind Napoli in the third Champions League qualifying spot.

"We're not out of contention and we won't be until it's mathematically impossible for us to qualify," he said.

"I firmly believe we can finish third, we all believe that, that's always been our objective."