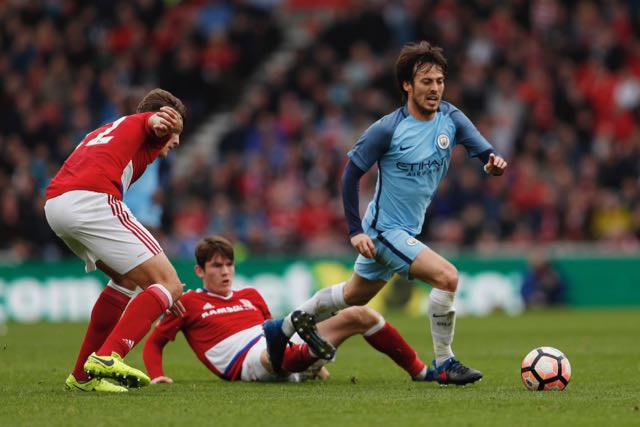 MIDDLESBOROUGH - Manchester City cruised into the FA Cup semi-finals with a 2-0 victory at Middlesbrough on Saturday as Pep Guardiola showed he is taking the competition seriously.
Goals from David Silva and Sergio Aguero were scant reward for City as they easily out-classed Middlesbrough, who must have feared such an outcome when they witnessed the team named by Guardiola.

Ominously for Middlesbrough, languishing in the relegation zone after failing to win any of their last 10 Premier League games, all City's world-class players were involved, despite the fact they face Monaco in a decisive Champions League last 16 second leg on Wednesday.

"We're so happy to be through because to reach the semi-finals of this competition is so complicated," Guardiola said.

"We produced a good performance today. We were there from the first minute. The first goal was important but it was down to how we approached the game.

"Now we recover good to play another big game on Wednesday."

City's extra class soon surfaced as three of Guardiola's big guns combined to open the scoring in the third minute.