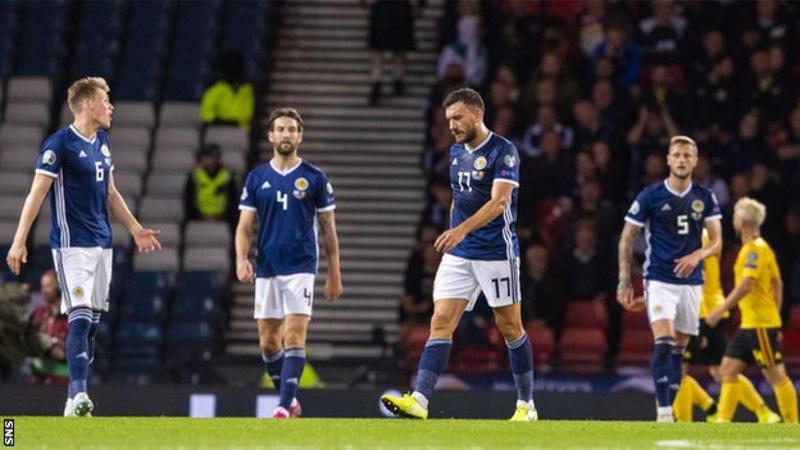 Kevin de Bruyne inspired Belgium to a brutal defeat of hapless Scotland to all but end hopes of reaching Euro 2020 via their qualification group.

Steve Clarke's side must now look to next year's play-offs as their best hope of ending a 22-year wait for an appearance at a major finals.

Victory made it six wins from six for Roberto Martinez's Group I leaders.

In truth, it could have been far worse for Scotland against the world's number one ranked side at Hampden, who played well within themselves.

Scotland, in fifth, now trail Russia by nine points and Belgium by 12 with four games to go.