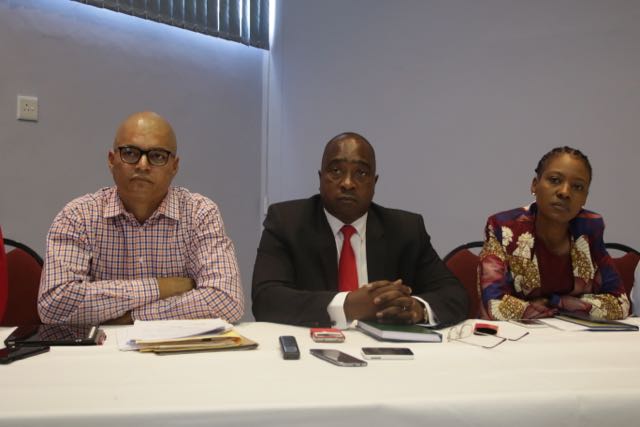 WINDHOEK – The Namibia Sports Commission (NSC) will review the sitting fees of directors of sports federations when the commission's new chief administrator Freddy Mwiya starts his job on 1 April.
This follows damning reports that the Namibia Professional Boxing and Wrestling Control Board (NPBWCB) members have depleted the beleaguered federation's coffers by claiming exorbitant remuneration for multiple meetings.

Acting chief administrator Peter Wilson told Nampa on Wednesday that as custodians of sports in Namibia, the commission has put on its agenda the review of federations' use of public funds, including sitting fees for board members.

Wilson said commissioners may not meet more than six times, and not less than four times per year.

He said the nine NSC commissioners get N$795 per sitting, except the chairperson who gets N$900 per sitting.

The five members of the NPBWCB each receive N$5 000 per sitting, which according to spokesperson Ronald Kurtz is “a reasonable fee”. The board's private secretary gets N$1 500 per sitting, just to take minutes.

Kurtz said during a media briefing last month that since the board's appointment in September last year, they sat 13 times, and have received N$35 000 each.

“When we came in as commissioners, we found all this in place as these were documents that were already signed by the Public Service Commission, but we are busy with our Sports Act review, which will fix all this,” he stated.

Wilson added that the boxing board's sitting fees are grossly inflated for an NSC affiliate, which does not make a profit and depends heavily on government funding for its operations.

Once Mwiya takes up his post, which has been vacant since 2013 when Rusten Mogane unceremoniously departed over financial irregularities related to his salary, the review of federations' spending and bookkeeping practices will begin in earnest.

“If need be, we can put better measures in place on how public funds should be used when paying board members if the federation fully depends on government for funding,” Wilson said.

He added that the NPBWCB was established by law, just like the commission, and gets its funds directly from the directorate of sports.

Before that, the commission processed the boxing board's monthly grants.

“We, however, stopped this in 2016 when we realised we were all established through the same Act of Parliament. Despite being established by the same Act, they still fall under the commission since we are the custodian of sports in the country,” Wilson explained. - Nampa