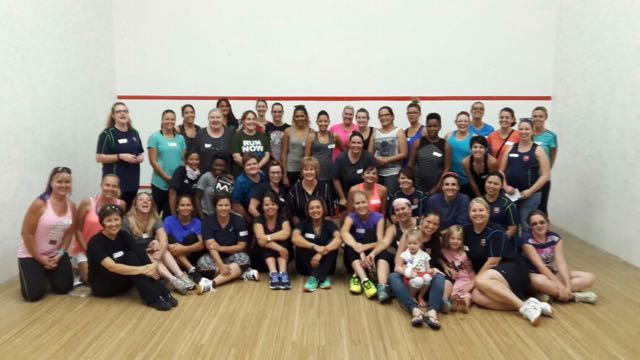 On Saturday, Wanderers Squash Club once again produced the goods, with the aim of growing squash in the country.
This time, the focus was on the growth of women's squash, and thus the initiative of having an Open Day, inviting all women to come and learn about squash and give it a try.

With 35 women attending the event, Wanderers Squash Club was able to explain the rules of squash, with Namibia's number one squash coach, Sean Wathen giving the newcomers a crash course on what squash is about.

The women were then treated to an exhibition match between the Wanderers Squash Club chairman, Steven Berry, and Namibia's number one ranked female, Isabel Schnoor.

After the match, all newcomers were divided up onto the four courts, where they were assisted by current squash members of Wanderers, giving the players tips and simply seeing what it was like to play squash.

After playing squash and having fun for a few hours, all the women were treated at a small prize-giving function.