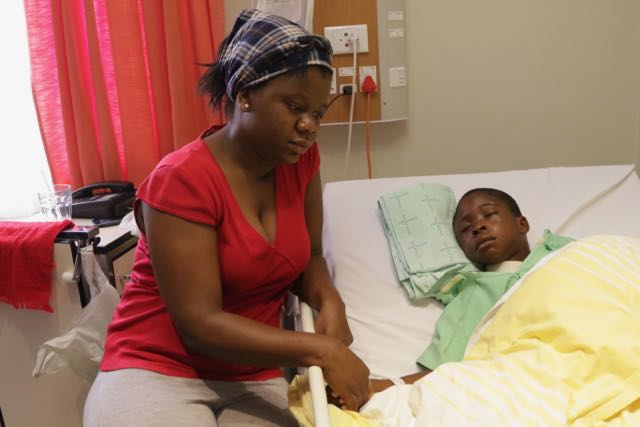 A talented young soccer player's budding career is in doubt after a motor car accident a week ago put an abrupt halt to his dreams.
Nine-year-old Ruddy Huiseb had just returned home from a training session with his team, Swallows Football Club on Thursday, 9 February, when he told his mother, Arabella Huises, that he was going to visit a friend.

A few minutes later she received a phone call that would change her life. It was her mother, who told her that Ruddy had been knocked over by car, just around the corner from their house in Central Katutura neighbourhood.

“I rushed to the scene, and saw him lying on the side of the road. The witnesses said the driver was driving at a high speed and bumped Ruddy when he crossed the road,” Huises said.

“When I found him lying next to the road he was unconscious. I started praying for him and later he woke up and started crying,” she added.

According to Huises, members of the City Police arrived and started taking witness statements, but later members of NamPol arrived who took over the investigation.

She was, however, not satisfied with their investigation, saying it left a lot of unanswered questions.