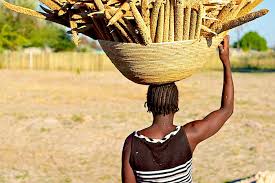 The Agro-Marketing and Trade Agency (AMTA) through the National Strategic Food Reserves (NSFR) announced that it will be buying mahangu surplus from the last harvesting season.
The announcement was made in a statement availed to Nampa on Wednesday, calling on mahangu producing farmers to take their mahangu to the nearest silos.
The Ministry of Agriculture, Water and Forestry (MAWF) has provided the needed funds for AMTA to buy all locally available mahangu grain not bought by millers after the last harvest, reads the statement.
The producers are requested to ensure that their mahangu is clean and free from live insects.
The agency also stated that no permits would be issued by the MAWF for mahangu imports until all local surplus mahangu had been sold.
The statement further urged millers to buy the locally produced mahangu.
(NAMPA)