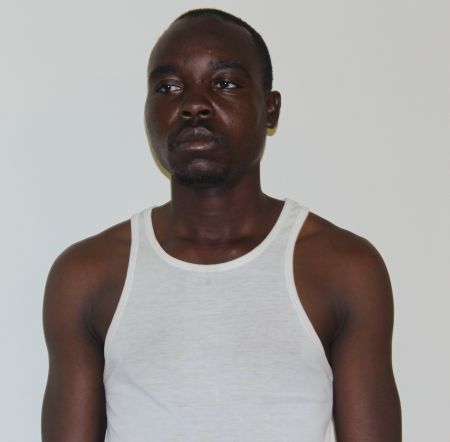 An Angolan man accused of killing a woman at Onandjaba settlement in the Omusati Region made a brief first appearance in the Outapi Magistrates Court on a charge of murder on Monday.
Hipangelwa Hafeni, 23, was arrested on Saturday after he allegedly stabbed the 25-year-old Monica Tuluudeni Ndatilowala Pedro, also from Angola, to death at the settlement Friday night.
Magistrate Otto Muyeghu postponed Hafenis case to 15 October this year to allow for further police investigations and for him to obtain legal representation.
Bail was refused and Hafeni was remanded in custody.
He is from Evanda village in the Xangongo area, while Pedro is from Oshomukwiyu village in the Ondjiva area.
Inspector Linekela Shikongo of the Namibian Police Forces Public Relations Unit in Omusati on Sunday told Nampa Hafeni fled from the scene and the police apprehended him at Olupandu village on Saturday.
Shikongo said the incident occurred between Lucas Dama Primary School and Thomas Tuutaleni Combined School, where the suspect reportedly stabbed the victim several times in the chest, stomach, on both arms, breast and neck with an Okapi knife.
Pedro died on the scene.
It is believed they were in a romantic relationship.
The police said Hafeni has two other pending cases of assault reported at the Onandjaba Police Station by different victims.
Pedro was a domestic worker in Onandjaba. Hafeni has been staying in the same area for some time, Shikongo said.
Public Prosecutor Martha Hasheele appeared for the State.
(NAMPA)