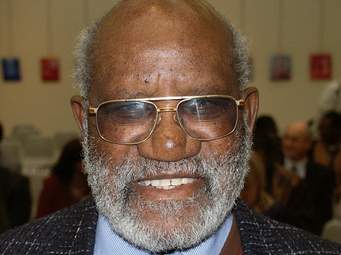 Cabinet has resolved to rename the Ondangwa Airport after the late Herman Andimba Toivo ya Toivo as was suggested by many after his death last year.
This was confirmed to Nampa by Ministry of Works and Transport Chief Public Relations Officer, Julius Ngweda who added that this decision was made on Wednesday.
According to Ngweda, although it is still uncertain when exactly the official renaming will happen, “the change is indeed going to happen in due course”.
Proposals to rename the airport after Ya Toivo were made in local newspapers by members of the public last year.
The call was later publicly supported by others including former President Hifikepunye Pohamba and paediatrician Dr Solly Amadhila, who is originally from Ondangwa, and President Hage Geingob then also gave his blessings.
Whether and why to rename the airport after the icon was subsequently deliberated on by the Ondangwa Town Council and a submission was made to Cabinet.
Ya Toivo was a prominent Namibian anti-apartheid activist, political prisoner and one of the co-founders of Swapo in 1960, as well as its predecessor the Ovamboland People’s Organisation. He served in several ministerial positions after independence.
Ya Toivo died on 09 June 2017 at the age of 92.
(NAMPA)