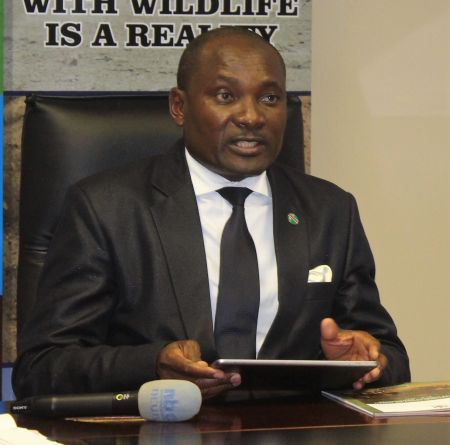 The Ministry of Environment and Tourism and Ministry of Mines are in negotiation to amend the Diamond Act to allow tourists to access the Tsau //Khaeb National Park (Sperrgebiet) near Lüderitz in the //Kharas Region.
The Act, amended in 1999, gives Namdeb Holdings full rights to control the park area of about 22 000 square kilometres bordering the Atlantic Ocean to the West, Orange River to the South and Ai-Ais to the East.
Speaking at a groundbreaking ceremony for new park infrastructure here on Friday, Minister of Environment and Tourism Pohamba Shifeta said the park has been closed to the public for over a century, since the discovery of diamonds there in 1908.
The negotiations aim to reduce the boundaries of the diamond area by de-gazetting 70 per cent of the park that falls outside the Namdeb mining licence from the diamond area status, said Shifeta.
He noted that further negotiations are to amend the Act to allow for controlled tourism and restricted crossing rights for tourism businesses.
Shifeta added that the Act should give nature conservation officers the power to be able to go into mining areas for inspections as environmental officers.
He noted that both processes are expected to be completed by March 2019.
(NAMPA)