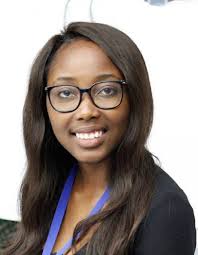 A statement from the Presidency on Sunday showed that Geingob appointed Esther Muinjangue, president of the National Unity Democratic Organisation, as the deputy minister of Health and Social Services - while Kalumbi Shangula retains his position as the minister.
Netumbo Nandi-Ndaitwah retained her position as Minister of International Relations and Cooperation, deputised by Jennelly Matundu, whereas Frans Kapofi also remains in his position as Minister of Home Affairs, Immigration, Safety and Security; deputised by Daniel Kashikola.
Itah Kandjii-Murangi is still Minister of Higher Education, Technology and Innovation but without a deputy.
Minister of Works and Transport, John Mutorwa keeps his post, but gets a new deputy - Veikko Nekundi.
Meanwhile, Pohamba Shifeta also stays on as Minister of Environment, Forestry and Tourism (without a deputy), and Tom Alweendo as Minister of Mines and Energy deputised by Kornelia Shilunga.
Leon Jooste recollected his Minister of Public Enterprises seat, same as Albert Kawana who is now officially appointed as Minister of Fisheries and Marine Resources - a position he acted in - alongside Sylvia Makgone as his deputy.
Peya Mushelenga got a new posting as Minister of Information and Communication Technologies (deputised by Emma Theofilus) and Agnes Tjongarero moves up from her former deputy position to being Minister of Sport, Youth and National Service (deputised by Emma Kantema-Gaomas).
Utoni Nujoma has a new role too as Minister of Labour, Industrial Relations and Employment Creation, with Hafeni Ndemula as the deputy.
Rear Admiral Peter Hafeni Vilho comes in as the new Minister of Defence and Veterans Affairs, deputised by Hilma Nicanor, and Anna Nghipondoka is Minister of Education, Arts and Culture with Faustina Caley as the deputy minister.
Furthermore, Bank of Namibia Governor Iipumbu Shiimi is now appointed as Minister of Finance replacing Calle Schlettwein who moves to being Minister of Agriculture, Water and Land Reform. Anna Shiweda is the deputy minister in the latter position while Shiimi has no deputy yet.
Erastus Uutoni becomes Minister of Urban and Rural Development while Derek Klazen retains the deputy position. Lucia Iipumbu who was the deputy minister of Industrialisation and Trade is now the minister there, deputised by Verna Sinimbo.
Yvonne Dausab is a new appointee as Minister of Justice.
Christine ||Hoebes is appointed Minister in the Presidency, alongside Doreen Sioka as Minister of Gender Equality, Poverty Eradication and Social Welfare. Bernadette Jagger deputises Sioka while Alexia Manombe-Ncube and Royal /Ui/o/oo remain deputy ministers for disability affairs and marginalised communities under this portfolio in the Presidency, respectively.
Geingob appointed Festus Mbandeka as Attorney General, Obeth Kandjoze as Director General of Planning and Benedictus Likando as Director General of the Namibia Intelligence Service.
The three are not members of Parliament.
Dausab, Kantema-Gaomas, Theofilus, Natalia Goagoses, Nekundi, Shangula, Shiimi and Vilho are the eight people appointed by the Head of State as non-voting members of the National Assembly.
“They are appointed by virtue of their status, special expertise, skill or experience and [in] ensuring regional balance,” a statement by the Presidency explained.