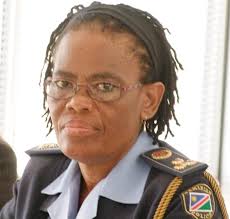 A 16-year-old Grade 8 learner from the Ondjamba Combined School was arrested Tuesday on a charge of concealment of birth.
Crime Investigations Coordinator of the Namibian Police Force in the Oshikoto Region, Deputy Commissioner Naomi Katjiua said in a police report issued Tuesday the suspect committed the offence at her home village of Epembe-Longa at about 01h00 the same day.
“It is alleged the suspect gave birth to a baby boy and wrapped it in a plastic bag and hid it in a suitcase under the bed in her sleeping hut, and left to school early this [Tuesday] morning,” Katjiua stated.
According to Katjiua, the guardian went into the suspect’s hut at about 10h00 and saw blood all over the place, and notified the Police at 12h00.
Upon her arrest, the suspect was admitted to the hospital at Omuthiya for medical intervention under police guard.
A post-mortem will be conducted to determine if the baby was born alive.
Katjiua also confirmed the arrest and court appearance of one of the suspects in the robbery at Farm Onsplaas, situated some 20 kilometres from Tsumeb earlier this month.
Thimoteus Nghinashindatila Mukete, 34, from the Okakwa village in the Ohangwena Region, was arrested on Wednesday last week and appeared in the Tsumeb Magistrate’s Court on Friday.
The case was postponed to 23 October for further investigations. He was remanded in custody.
“Three more suspects are still at large,” Katjiua said.
It is alleged that Mukete and the others on 06 September entered the farm under the pretence of buying goats, and in the process tied the farm owners, Lukas Nel and his wife, with electrical wire and locked them in a room.
They then took N.dollars 16 000 and fled the scene with the Nel’s 4x4 pick-up that was later found abandoned on the premises of Dundee Precious Metal Mine in Tsumeb the same day.