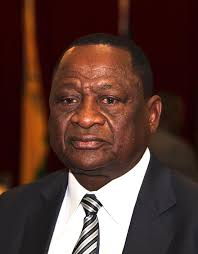 In light of reports of Government renting a house at Kombat that it uses as the local clinic, Minister of Health and Social Services (MoHSS), Dr Kalumbi Shangula, said there are plans to build a clinic for the Kombat community.
In an interview with Nampa here on Thursday, Shangula, without giving a date, said the clinic would be built at an already-identified site as soon as the MoHSS secures external funding to ease the State from the financial responsibility of the current rental costs.
Shangula explained that it is a huge and unsustainable cost on Government to continue renting the existing property used as the local clinic.
“I have seen the site [of the clinic]. It is a financial burden for Government, because until when can the government keep on renting a property it will never own? Therefore, it is of MoHSS’s highest priority to construct its own clinic as soon as funds are made available,” he said.
Local media reported last week that for the past three years, Government has been renting a two-bedroom house at N.dollars 50 000 per month to operate a clinic comprising of a screening room, toilet/washroom, kitchen and an HIV rapid testing room, among others.
The reports further stated that there was no Treasury approval for the rental agreement between the Attorney General’s office and the local businessman, Knowledge Katti, who bought the former mining town through his company Havana Investment in 2015.
Kombat is situated 37 kilometres east of Otavi in the Otjozondjupa Region.
(NAMPA)