Kamwi hits out at Harambee 'glory-hunting' 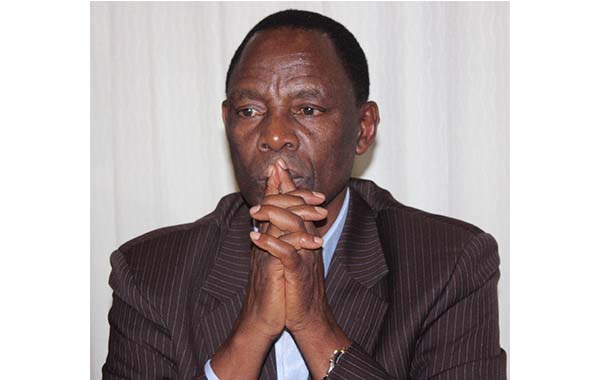 FORMER health minister Richard Kamwi says the current administration should not claim all the glory for progress made in the health sector as if most programmes were started two years ago.
He made these remarks at the weekend in reaction to the state of the nation address by President Hage Geingob on Wednesday.

Kamwi focused on community health workers, also known as the health extension programme, which was highlighted by Geingob in parliament as part of his blueprint signature policy that promises accelerated health service delivery.

The President praised health minister Bernard Haufiku for the progress he has made in the last two years in programmes such as community health workers who walk door-to-door to assist people with health complications or expecting mothers.

“There was nothing wrong with the President commending the current minister for changes being made with his outreach programme and being hands-on but the legacy regarding this successful project (health extension workers) begun six years ago and not two years ago as was said during the state of the nation address,” the former heath minister turned farmer and healthcare representative told The Namibian over the weekend.

Kamwi said former President Hifikepunye Pohamba deserves credit for the progress. “Give credit where it's due,” he said. Kamwi said most African Union countries were going through widespread child deaths as a result of birth complications around 2000.

Part of that problem was because of the shortage of skilled health workers such as doctors and nurses. As a result, the World Health Organisation organised a meeting around 2005 in Ethiopia to address this problem.

According to Kamwi, it was decided at that meeting that countries should consider adopting the 'task shifting' strategy which means that jobs which were previously reserved for doctors such as circumcision and others can be carried out by nurses.

And some work previously reserved for nurses could be done by community health workers.

Kamwi said as a result, Namibia worked with the United Nations Children's Fund to start a six-month community health workers training programme in 2012 with the help of professionals from Ethiopia.

The training produced 45 graduates at Opuwo but the programme was stretched a year later to five more regions including Ohangwena and Khomas.

Kamwi also praised the work done by former First Lady Penehupifo Pohamba who was the patron of maternal and child health.

He also lauded the involvement the former African Union commissioner for social affairs, Bience Gawanas, who worked on a programme called Commission on Accelerated Reduction of Maternal Mortality in Africa (Carma) to address the problem of maternal deaths.

Kamwi said the setting up of waiting shelters for pregnant women was one significant strategy leading to the decline of birth related deaths.

“These things need to be acknowledged. These were not achieved in two years but through continued collective efforts. And that is about continuity which is being advocated selectively. The truth must be told,” he said.

Despite the progress, the community health project is still affected by several challenges. The Namibian reported in 2015 that community workers were unpaid, working while hungry and wore worn-out shoes because of walking long distances to attend to patients in villages.

State House spokesperson Albertus Aouchameb referred questions to the health ministry, while minister Bernard Haufiku was not reachable for comment.

Health permanent secretary Andreas Mwoombola said he was out of town. He, however, asked for written questions to be sent to him.