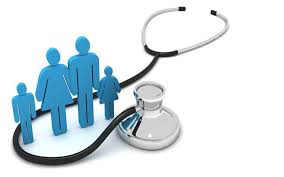 Similar to other regions, the Ohangwena Region has been struggling to attract medical officers.
The Ministry of Health and Social Services is however trying to mitigate the situation, Deputy Minister Juliet Kavetuna said while officially inaugurating a new primary healthcare clinic at Omauni village in the Ohangwena Region’s Okongo Constituency on Thursday.
The clinic, including staff accommodation, cost N.dollars 15.5 million to construct.
According to Kavetuna, the local Okongo District Hospital up to now does not have its own doctors and is only supported by two medical officers from Engela Hospital in the west of the region.
“While this is a good arrangement, it creates an artificial shortage of medical officers at Engela where they were supposed to be working,” she said.
The deputy minister said the Okongo Hospital, which is supposed to assist in providing post-mortem services for the region, is unable to do so due to the absence of doctors and these services instead are now being done in Rundu in the Kavango East Region or Oshakati in the Oshana Region.
“This has caused frustration for bereaved families who face a long wait before burying their loved ones,” noted Kavetuna, adding that her ministry is busy looking into how it can reverse the situation.
According to Kavetuna, all the required doctors’ positions at the Engela and Eenhana hospitals, also in Ohangwena, have now been filled.
She called on members of the community in and around Omauni to make use of their new clinic and to safeguard it.
Speaking at the same event, Ohangwena Governor Usko Nghaamwa said members of the Omauni community previously had to travel long distances for medical services at the Olukula Clinic or Okongo District Hospital.
Omauni is situated some 70 kilometres northeast of Okongo.
(NAMPA)