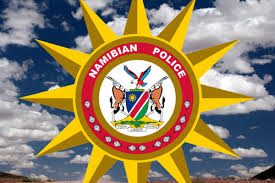 The Namibian Police Force (NamPol) in the Oshana Region has clarified that the 55-year-old woman, who allegedly caused a four-car road crash at Ongwediva last week, was not robbed of her money as reported in the media.
Spokesperson of NamPol in the region, Warrant Officer Frieda Shikole told Nampa on Wednesday that police investigations detected that the woman (Alina Shilongo) did not withdraw money from any bank on the day of the accident.
“She also told the Police that she does not know the two men who are said to have died in the crash or had private talks with them before the accident,” Shikole noted.
Speeding, Shikole said, was the cause of the accident.
“The police is still investigating to determine why she was driving fast on a 60 kilometer per hour zone,” Shikole explained.
Two persons, identified as Likius Shonena, 45, and 37-year-old Jason Absalom, died in the accident and fours survived the accident with minor to serious injuries.
Shonena and Absalom died when their Volkswagen sedan, carrying four people, collided with Shilongo’s Toyota pick-up double cab alongside the Mandume Ndemufayo Street in Ongwediva at around 10h50 on Tuesday last week.
Although the circumstances under which the accident occurred remain sketchy, it is alleged that Shilongo’s pick-up first hit a Toyota Corolla and proceeded to crash into the Golf.
In the process, the driver of the Golf lost control and bumped into a parked blue Volkswagen Amarok double cab pick-up.
Shikole added that all four cars were severely damaged and that Shilongo is charged with, among others, culpable homicide, reckless and negligent driving, failing to stop after an accident and failing to ascertain damage.