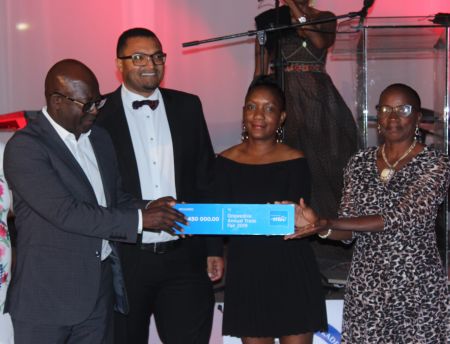 About N.dollars 1.2 million was raised at a gala dinner held here on Saturday to raise money for the hosting of the 2019 edition of the Ongwediva Annual Trade Fair (OATF) scheduled to take place between 23 and 31 August at the Ongwediva Trade and Exhibition Centre.
MTC pledged the highest amount of N.dollars 450 000, followed by First National Bank (FNB) and Standard Bank with N.dollars 160 000 and N.dollars 150 000, respectively.
The OATF is arguably one of the biggest exhibitions in the country and its positive economic impact utterly presents an aspect worth acknowledging, MTCs Corporate Communications Manager, John Ekongo, said at the dinner.
He said in MTCs view, the trade fair is a catalyst for new business development, employment, wealth creation and business innovation.
Ekongo indicated that MTC, for the past 15 years, continued to recognise how essential the OATF is for both regional and national economic development.
Addressing the same event, Northern Regional Electricity Distributor (Nored) chief executive officer Fillemon Nakashole indicated that on average every year, over 400 exhibitors and 90 000 visitors participate in the Ongwediva Annual Trade Fair.
I believe the OATF is one of the important events that has certainly exposed Ongwediva and other towns to major investments, Nakashole said.
He expressed his appreciation to the OATF preparatory committee and the town's leadership for creating a conducive environment for investors to do business at Ongwediva, Oshakati and Ondangwa.