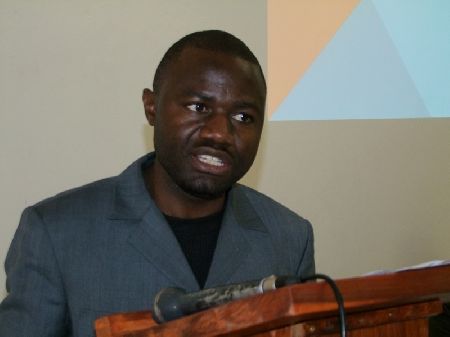 Chairperson of the Namibia Chamber of Commerce and Industrys (NCCI) northern branch, Tomas Indjii has called on the local business community to support the branch and not allow it to close down as it is a 'unique' structure.
Speaking during a business meeting convened by Oshana Governor, Elia Irimari at Oshakati on Friday, Iindji said the northern branch is a well-functioning NCCI structure that should remain intact.
People want to destroy it because of its uniqueness, Iindji noted, adding that the branch has served the interests of business people in northern Namibia for many years.
He commended business personalities such as Prince Shiimi, Phillip Amwele, Kapya Endjala and Ben Zaaruka as the leaders who served the NCCI Northern Branch membership before him.
Indjii said efforts made to unite business people in northern Namibia and to have their voices heard through the branch secretariat in the past will be in vain if they allow outsiders to destroy it.
We are passionate about the work we did on your behalf and appreciate your trust in our ability to advocate on your behalf. We have a special role to play in ensuring that your voices are heard throughout all levels of government, he said.
Indjii's statements followed media reports that the NCCI national leadership has declared the NCCI northern branch an unconstitutional structure.
The national NCCI leadership indicated that the chamber is represented in the regions by branches in respective towns, and not regional structures like the NCCI northern branch.