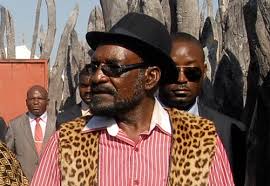 The Ohangwena Region still faces challenges such as income disparities, a high unemployment rate and extreme poverty, Governor Usko Nghaamwa said on Monday.
He said this in his 2018 State of the Region Address (SORA) delivered on his behalf by Chairperson of the Ohangwena Regional Council, Erickson Ndawanifa at Eenhana.
The Ohangwena governor could not deliver his SORA, as he was reportedly not feeling well.
Nghaamwa pointed out that the regional unemployment rate currently stands at 45,4 per cent, which is relatively higher than the national average of 34 per cent as per 2016 statistics.
However, the region is determined to accelerate development in defined priority areas that have the potential to bring about economic enhancement and prosperity to all its citizens, Nghaamwa stated.
He went on to say a total number of 15 small and medium enterprises (SMEs) were supported with equipment, materials and start-up capital through the Micro Finance Programme of the government in the region.
The supported SMEs, Nghaamwa said, are in the areas of carpentry, a fish shop, tailoring, jewellery and beads making, pottery, furniture production, poultry and a restaurant.
Other projects such as horticulture and wood making were also supported under rural development interventions, Nghaamwa stated further.
He indicated that those projects were supported to the tune of N.dollars 1.8 million.
According to him, a number of temporary employment opportunities were created through government capital investments like the construction of the Rural Development Centre at Eembaxu village and basic education, Namibian Police Force and health facilities elsewhere.
Other job opportunities, Nghaamwa said, were created through the construction of oxidation ponds at Ongenga settlement in the west of the region, as well as in the renovation and maintenance of various government infrastructure throughout the region.
Speaking during discussions at the end of the SORA presentation, Chief Regional Officer (CRO), Fillipus Shilongo urged the young people in the region not to relax but to take regional projects seriously as they are designed for them.
Shilongo charged that certain projects designed for the youth in the region experienced reluctance on the part of the young people.
No matter what government efforts are made to address unemployment among the youth, the unemployment rate will remain high in the country if the young people in the regions are not responding positively towards the projects designed for them, Shilongo emphasised.
The Ohangwena CRO was responding to a question by Rally for Democracy and Progress member in the Eenhana Town Council, Walter Ndakondja, who demanded to know the position of the regional authority towards reducing high youth unemployment in the region.
(NAMPA)