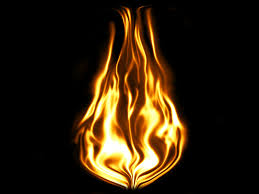 A family at the Okondjatu settlement in the Otjozondjupa Region was left homeless on Wednesday when their shack was destroyed by a fire.
The 50-year-old home owner, Erica Kazao on Thursday was still in shock and disbelief over their loss.
Kazao told Nampa in a telephonic interview Thursday they lost national identity documents, birth certificates, clothes, blankets, beds, utensils, food, and the school uniforms and books of seven children.
The children under her care are between four and 15 years old.
“I don't know what caused the fire. It is a painful feeling to go through this loss,” she said.
Kazao said she locked her house around 15h00 to visit her neighbour and between 17h00 and 18h00, she heard people screaming that her house was on fire.
“Knowing that there was no stove burning or a person in my house, I first did not believe their story,” she narrated.
Kazao said a few minutes later she saw a huge cloud of smoke coming from her house.
By then it was already too late to remove anything as the flames had engulfed the whole zinc structure.
Kazao’s 30-year-old son, Collin Mujapeua, told this agency on Friday the loss of their property is estimated to be N.dollars 35 000.
“I call on community members to assist my mother to rebuild her life. She lost everything in the blaze,” he said.
Fortunately, no one was injured.
The Okondjatu police have launched an investigation into the cause of the blaze.
(NAMPA)