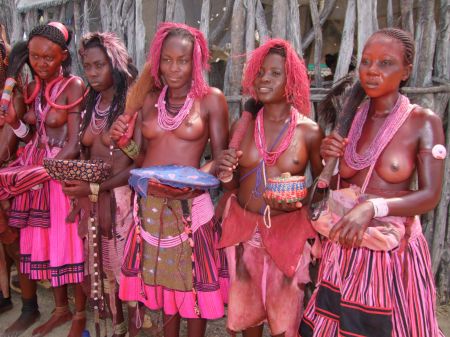 Forty-seven girls have so far been registered to undergo initiation at the 2018 Olufuko Cultural Festival to be held at Outapi in the Omusati Region from 24 August to 04 September.
In an interview with Nampa ahead of the popular cultural event, Outapi Town Council spokesperson Phillip Shililifa on Monday said of the 47 girls, the Ombalantu Traditional Authority tops the list with 31 entries.
The others are from the Ombadja (7), Uukolonkadhi (4), Uukwambi (3) and Ongandjera (2) traditional authorities.
Besides the initiation of the young girls, who are referred to as brides, close to 200 exhibitors showcasing their products and services, are participating in the festival this year.
The event recorded 79 brides who took part in the preparation for womanhood, and 284 exhibitors last year.
According to Shililifa, Vice President Nangolo Mbumba will officially open this year’s Olufuko festival. Patron of the event and Founding President Sam Nujoma is also expected to attend the official opening.
A fundraising gala dinner held at Outapi last month generated cash and pledges worth N.dollars 654 000 as sponsorship for the successful hosting of the event.
(NAMPA)