Zambian man arrested after being found with bags of herbs 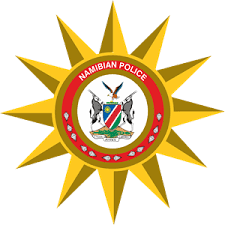 The Namibian Police Force (NamPol) on Thursday arrested a Zambian national at the Okapuka roadblock along the B1 national road, for allegedly working and operating a business in Namibia while on a visiting permit.
Addressing the media at the site, NamPol Chief Inspector Christina van Fonsech said suspicion aroused when the man had “too many bags” during the police vehicle search at the roadblock.
The bags were found to contain herbs, animal fat, a machete, a Bible and what he called “anointing water and oil”.
The man, van Fonsech said, claimed to be a pastor and a traditional healer.
She stressed that for a foreign traditional healer to operate in the country, he/she must be registered with a recognised traditional authority.
“If a person is operating from a different country there’s a procedure to follow. You must be known by our traditional authorities, where you are from and what illnesses you are treating. In this case, it does not reflect on the national,” said the police officer.
The suspect was travelling from Zambia to Windhoek at the time of his arrest.
Van Fonsech said he will be kept in custody while investigations into the matter continue.